There are a bunch of new things to go through again, especially with the UShader rewrite slowly reaching completion, but let’s go through them one by one.

I’ve released a small quality-of-life update with version 5.0a last month, which focuses on ironing out some minor quirks and bugs. Aside from that Kappa Shader seems to be in a solid spot for now, so updates will focus more on bug fixes and such for a while. You can find the release post of 5.0a here: Link

I have also made a little cinematic showcase of the weather update as some of you have already seen, for those who haven’t I’ll just link it again here.

I have updated KappaPT to match some of the adjustments I made with Kappa Shader v5.0a, which includes minor skybox improvements as well as fixing the cloud settings which got lost during the weather update changes. Other than that what I just said regarding Kappa Shader updates applies here as well, especially since I also want to pay more attention to some other packs that haven’t seen some (in a few cases desperately needed) updates in a while.

This pack has seen a bunch of smaller changes again, mostly regarding the TAAU, which should be up-to-date with the respective pendants of Soft Voxels and UShader. Other than that the situation regarding the performance and pipeline issues didn’t change since the last posts, so I think I don’t need to talk about it again, although Iris seems to be making good progress so we might see all the features I need on it in early 2023. 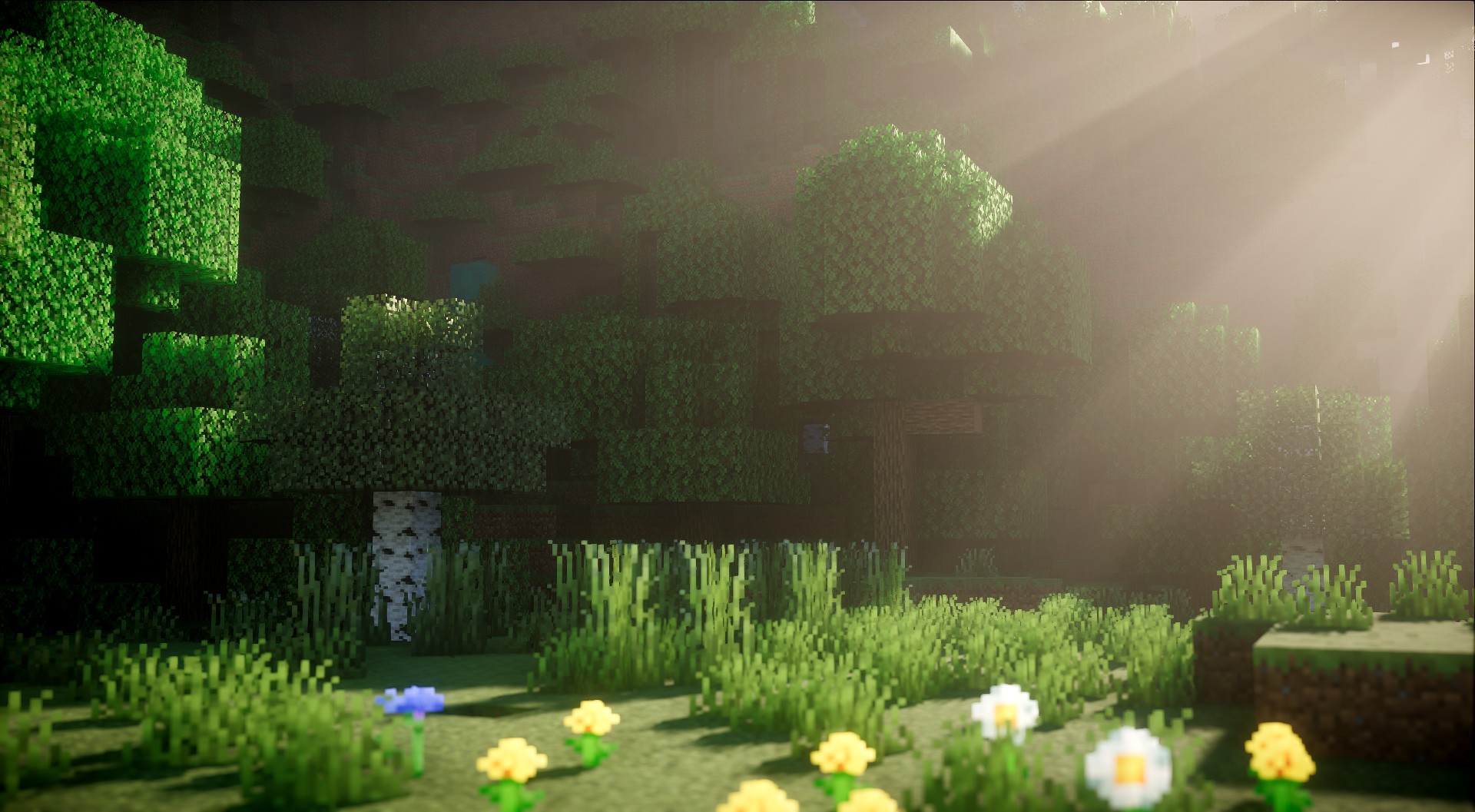 Screenshot made by Autistic Children are Holy

There have also been a couple changes and bug-fixes on this pack, with some of them eventually making their way into an upcoming small update of the lite version, as especially the TAAU has seen some improvements recently. Given that the difference in sharpness and consistency is quite significant it makes sense to me to give the lite version a small touch-up, so stay tuned for that :)

This is the pack that had without doubt the most changes recently, as it’s obviously the one I’m working the most on with the ongoing rewrite. I have recently added support for The Nether and The End, which means its feature-set is more or less complete and I hope that I get it all wrapped up for a release before the holidays this month. Since the number of bugs also seems to be rather low I feel like I can easily achieve that schedule though, so keep an eye on its project page this month :p

Closing words and some upcoming things

As I am slowly finishing the UShader rewrite I have started to gather some ideas for the rework of FastPBR, which was the next thing that I want to work on. In case some of you haven’t heard of that pack yet it’s because it didn’t really make it beyond the confines of my discord server yet, with an old test version of it still being pinned in the testing channel. I want to give it a full internal and visual overhaul though, especially since I don’t want it to just turn into Kappa Lite Reloaded, but it should rather be its own thing, with raw performance as its primary focus (but obviously it should still be pretty). This should be turn out pretty interesting if all goes as expected, especially since I am also combining it with another idea for a lightweight pack that I recently had, which was inspired by the very barebones but nonetheless fairly pleasing (for its time) visuals of the first more PBR-oriented packs á la SEUS v10. Less is more on this one so to speak. It seems much more sensible to me to build on that to give FastPBR a more unique and iconic look rather than the Kappa Lite feel it had so far.

In addition to that I also want to give Nostalgia Shader a soft rework to bring some new things like TAAU and various quality-of-life improvements to it, which should improve the overall visuals and performance by a decent bit.

Updates for Simplicissimus and potentially also Potato Shader are also on my to-do list, as there might be some need for changes to accommodate the newer Minecraft versions that have been released since these packs have seen their last updates. Especially Simplicissimus might see some under-the-hood changes to bring it more up to date.

There is also once again a contest going on in my discord server with the prize being three months of Tier 3 access, so make sure to check it out.

Last but not least I want to thank my subscribers on patreon again, as you folks just keep pushing for new records. I don’t think I’ve seen as many people subscribed at once as in the last month (I think it was like 450 patrons at its highest), so I am incredibly grateful for your ongoing support and your appreciation of the fancy stuff that I’m making :)

That’s pretty much it for this time, hope you’ll enjoy the upcoming holidays (if you celebrate them) and let’s see what 2023 has to offer (it better not be a mess again lol).