There are a few new updates to go through in detail, as I’ve already hinted at in this month’s devblog.

I have updated the TAAU to match some of the recent improvements I’ve made on other packs such as Soft Voxels and UShader. This means that it should be a bit more consistent overall and less smeary in some scenes, while the re-enabled flicker rejection should give it some extra stability in static scenes.

In addition to that entity overlays such as spider-eyes should finally work properly (this time for real). 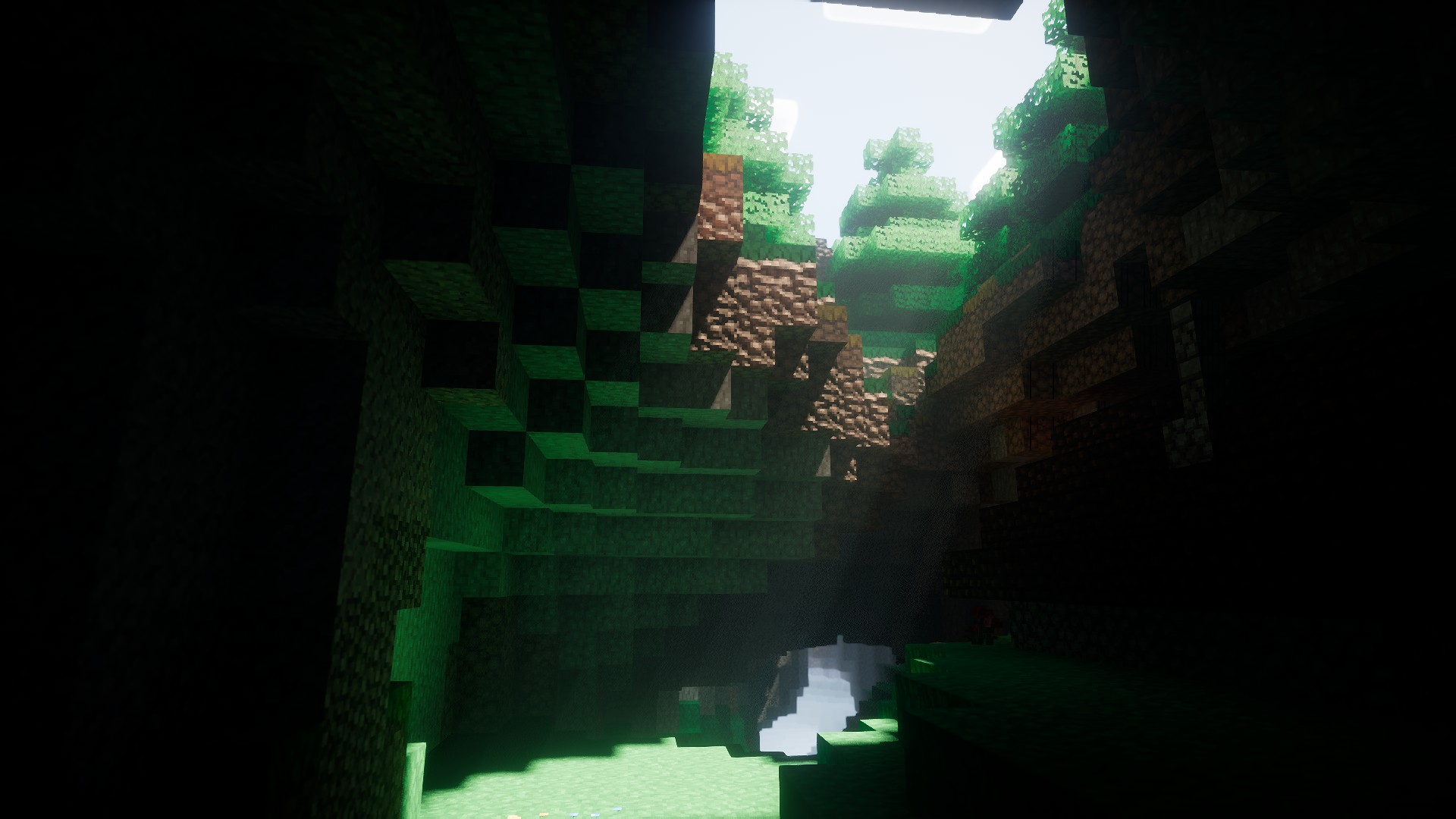 I have adjusted various parameters of the TAAU and changed the image sharpening default to improve the out-of-the-box look of this pack. In addition to that the TAAU flicker rejection should get rid of most fireflies in dark scenes with moving foliage, which has been a bit of an issue as of late.

I have also improved the lightmap fallback visuals, which should now be a bit less jarring compared to the proper emission within the voxel volume.

Last but not least, support for The End is planned for one of the next updates in case any of you are wondering.

The UShader rewrite is slowly nearing completion as I’ve explained in this month’s devblog, which is why any preview versions from now on are available for all subscribers until I feel like it’s in a good state to begin public testing.

Aside from that I have finally added some user friendly settings labels, exposed various new settings to control the indirect lighting and updated the Depth of Field to include the various focus modes you already know from some of my other packs. I’ve also tweaked the visuals in very dark scenes by adjusting the intensity of the lowlight grain and the overall lower limit of the auto exposure to ensure a minimum level of visibility in darkness as I intended and last but not least I have added support for The End as most of you have seen by now.

That’s all for this time, I hope you enjoy these updates :)