It’s time for some updates again, and quite a lot of them this time.

Version 5.0 of Kappa Shader (or as I like to call it “The Weather Update”) has now entered the public testing stage, which means you can get preview versions in the testing-channel of my discord server so that I can iron out any remaining quirks and bugs. Obviously this also means that we’re getting close to the release of version 5.0 once I made sure that everything works the way I expect it to.

Now that version 5.0 of the regular Kappa Shader is close to finished I have started to bring some of its new features over to KappaPT, which includes the new skybox and weather stuff with version P16 that was just released a few days ago. A second update featuring many of the minor additions will follow soon. In addition to that the emitters that have been added with Minecraft 1.19 are now also supported.

I’ve made some more minor improvements regarding NostalgiaVX’ TAAU and how it interacts with the lighting calculations. You can find a brief overview of the changes here: Link 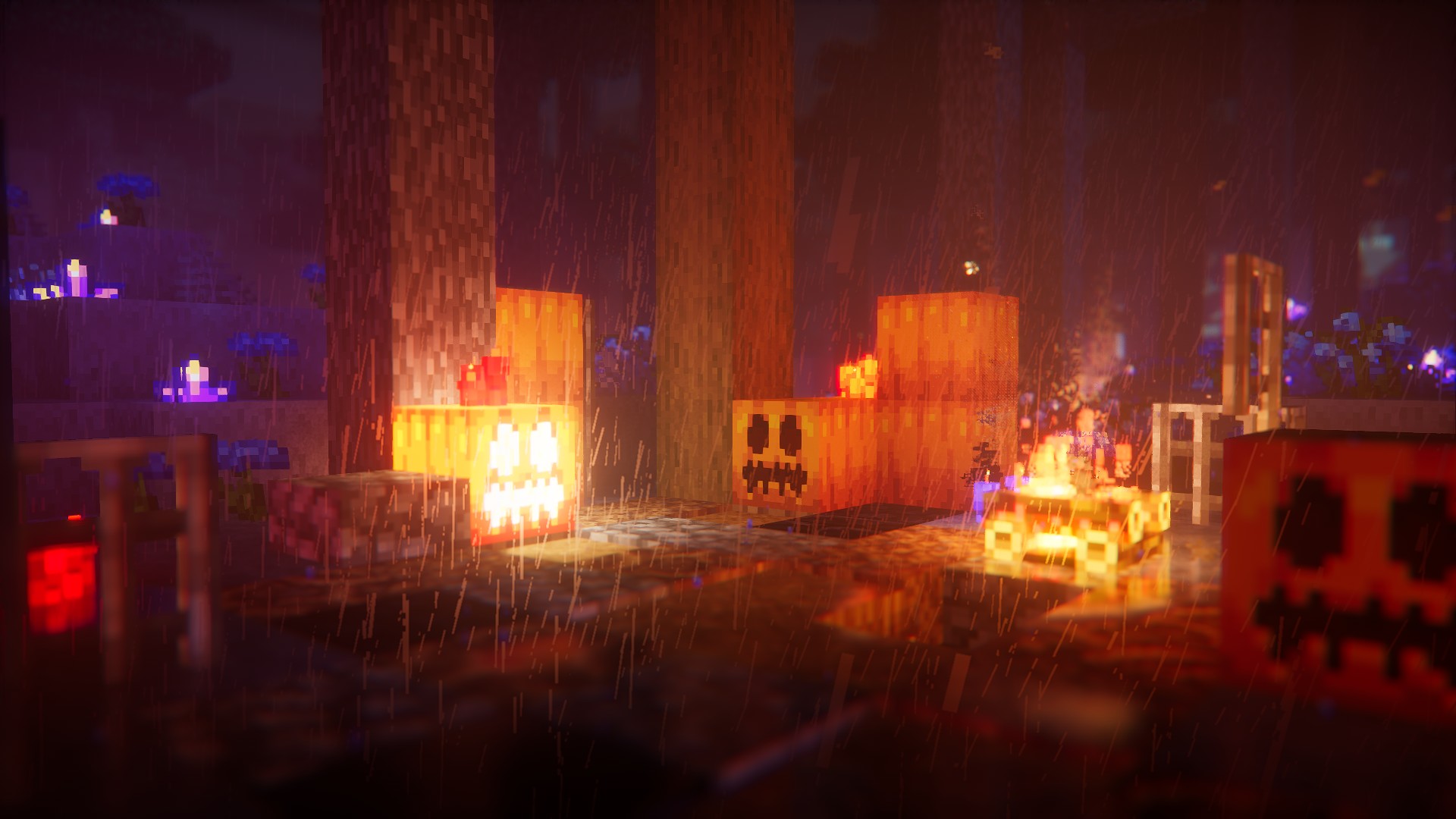 The Lite edition of Soft Voxels has been released a few weeks ago as some of you may have seen, you can find its release post here: Link

Aside from that I have started to work on the dimension support, starting with support for the nether with release P5. I’ll eventually rework some of the nether visuals once I have some more unique ideas for its look, but until then it just has the “baseline” nether look you might already know from some of my other packs.

I have finally begun working on UShader again and I have made some rather significant changes, like using a different and much wider internal colourspace (namely Rec2020 instead of linear sRGB) which produces much better sky colours in combination with my atmosphere simulation. The latter especially applies to sunsets as well as dawn and dusk, which produce quite a spectacular look now. This is part of a smaller visual overhaul that I’m doing with the goal of bringing it a lot closer to the look I actually want from it and that’s more like the original custom edit of SEUS v10.1 I made back in the day. Version 1.0 and 1.1 were quite far from its look and I wasn’t really satisfied with how it turned out, which is why I want to get it right this time and the additional experience I got since then, especially regarding colour-grading and colourspaces, allows me to do so.

So in conclusion version 2.0 will be a significant improvement over the previous version, much like on the last major updates of some of my other packs.

Another contest took place in my discord server last month, with the theme being “Portrait/Vertical”. Here are the winners:

As you can see I am slowly picking up the slack on all the unfinished things that I’ve been working on, which means you’ll most likely see some more interesting updates soon and I can finally work on some of the smaller ideas I had in mind for a long time which improve some existing packs and might also lead to the revival of some others that haven’t seen any updates in a long time.

Last but not least it’s time for the obvious shout-out to my supporters on Patreon that make it possible for me to spend this much time and effort on these projects. You folks are still going with an incredible strength and I’m very grateful for your continued support :)

And that’s all for this month’s blog, stay tuned for the upcoming updates.