There have been a few updates that I’d like to cover again.

I’ve added per-biome weather conditions with preview E4, which gives you much more unique visuals in various biomes (most notably swamps and jungles) thanks to being hooked up directly to my weather system. This means that the skybox also dynamically changes based on the type of biome you’re currently in. In addition to that I have also added sandstorms to deserts, which happen during rain (as opposed to just nothing happening aside from the sky darkening). Cirrus clouds are now also driven by the weather system, which gives the skybox even more variation per day and biome.

Another long overdue improvement is the massive reduction of shadowmap acne, which should be something many of you have been waiting for :)

Thanks to Null511 you can now also use parallax occlusion mapping that affects the depth of a pixel, which allows for some more accurate shadowing according to the heightmap when used in combination with screenspace path-tracing. 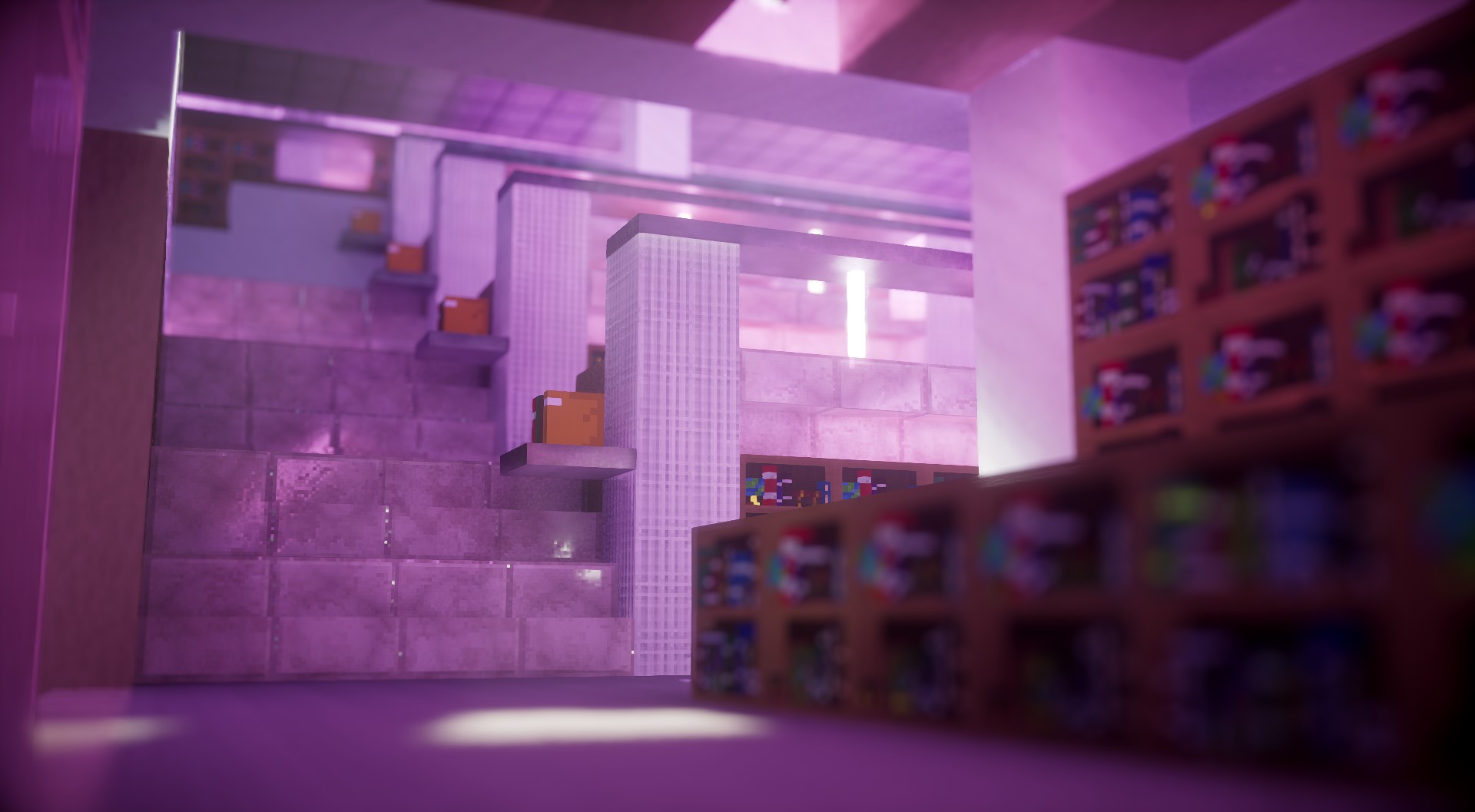 Screenshot made by autistic children are holy

I have started to work on dimension support for Soft Voxels, starting with the nether which is currently looking similar to what you might know from some of my other packs, with support for all the extra gimmicks of course :)