There have been a good number of interesting updates in the last month, in addition to the pending release of Soft Voxels Lite.

Those of you who liked the per-biome weather changes Kappa Shader briefly had a few years ago (which I removed soon afterwards, due to the underlying biome detection of OptiFine being extremely broken back then) will now have another reason to look forward to version 5.0, as I have brought back biome-dependant weather, but in a completely new way. This covers the whole spectrum from changing skybox parameters, more fog in humid biomes (swamps and jungles) as well as sandstorms in deserts and should give you plenty of visual variety when exploring the game world. This is of course all hooked up to my new weather system, which made this addition fairly straightforward for me.

In addition to that I have also included the cirrus and cirrocumulus clouds as well as the noctilucent clouds in the weather system, which means their coverage and perceived intensity will now vary on a per-day basis as well as a per-biome basis (as you might expect).

As I feel like this is the last feature that’d make sense to include for this update I’ll now have to fix the remaining bugs and clean up some of the internals before version 5.0 can go into public testing and later on get released :)

I’ve added temporal anti-aliasing upscaling (or short TAAU) to NostalgiaVX now, which gives it a nice performance boost in many scenes without sacrificing too much visual quality.

In addition to that I have also tweaked the filtering for the indirect lighting, which should give slightly more consistent results now as well as improved the extreme shadow acne issues this pack had.

As Iris seems to make good progress on adding many of the features needed to run my packs the planned overhaul is slowly appearing reasonable within the foreseeable future. 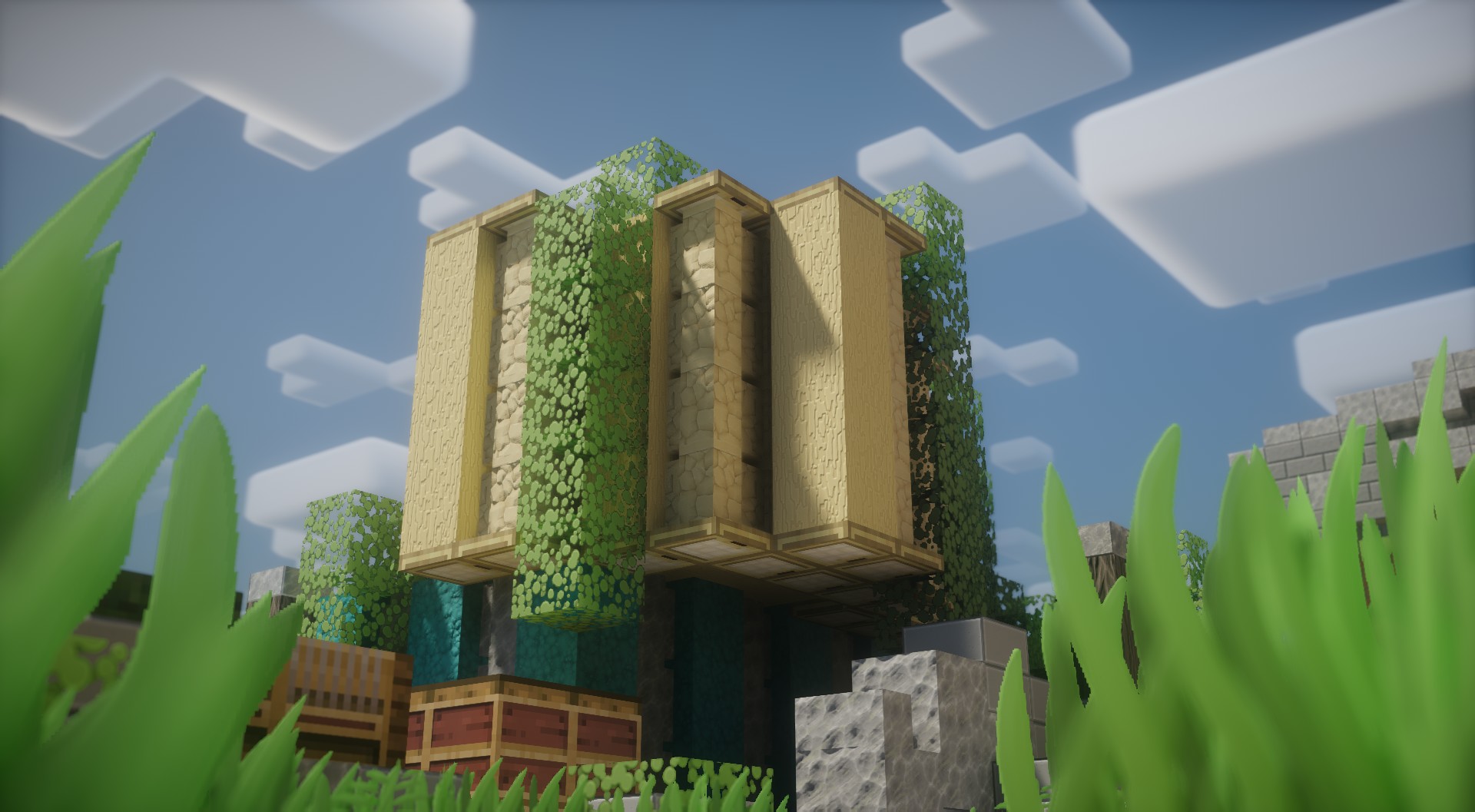 Screenshot made by autistic children are holy

I have started to add dimension support, starting with the nether which is now sporting a look not too dissimilar to what you know from some of my other packs. This is of course still subject to change once I got a more unique idea for its visuals regarding that, but nonetheless it felt like a good start, especially since a few of you have been asking for nether support lately.

The first version of Soft Voxels Lite, which is the promised free version of Soft Voxels, is now available in the testing channel of my discord server and will be released to the public soon once the Curseforge page for it has been approved. I will make a proper announcement post that goes into detail regarding its specifics once it’s up.

This version is of course a bit more limited in its feature set as you might expect, but still features the essentials like path-traced lighting and its core atmospherics like the clouds as well as simple fog (which are pretty much identical to the full version).

As you might already expect I’ll once again have to thank my patrons for the absolutely incredible support of the past month, as you folks really just keep going and I’m really grateful for your continued appreciation of my work, so I hope I can give you some more interesting things to play with soon :p

I am also slowly working through my seemingly endless list of things I have to take care of, and with Soft Voxels Lite and Kappa Shader v5.0 being close to release I feel like I’ll soon have the chance to take care of some of my other projects again, especially the UShader rewrite which really just seems to have been plagued by time management issues, given how I always work on it for a bit but then have to put it on hold to finish the other ongoing updates first.

That’s it for this time, I hope you’ll enjoy the upcoming releases :)