there have been some interesting updates again in the past month and even a new project that finally made its way out into the open. So stay tuned for a rather expansive overview this time, as well as some insight into future plans.

Version 4.2 of Kappa Shader has been released in March and included a plethora of new things, despite the fact that I am focusing more on version 5.0, which will be a major overhaul once again. The full changelog for version 4.2 can be found here.

This was most likely the last update before the release of version 5.0, which I like to call the “weather update”, as it will feature a complete overhaul of the skybox. This will include a greater variety of clouds, which are now driven by a kind of “weathermap” to negate the otherwise noticeable performance loss by having this variety of clouds. A special highlight of this will be the anvil clouds during rain, something many people have been asking for, though you might already know about this given that I’ve been showing some teasers of that not too long ago.

Obviously I also intend to refine the pack even further in many other places, maybe even including some performance improvements here and there so that update will inevtably take a while. It should be worth the waiting nonetheless :)

KappaPT has recieved a few minor quality of life updates again, as well as the long awaited support for The End. Another noteworthy addition are more stair intersections and mappings, thanks to DHL_DerBote1969 (once again). The next thing I would like to add are raytraced refractions, before the inevitable complete overhaul once Iris and/or Focal Engine are in a state that’d allow me to move this project away from OptiFine and its limitations. Hopefully we will be at that point in the next few months. 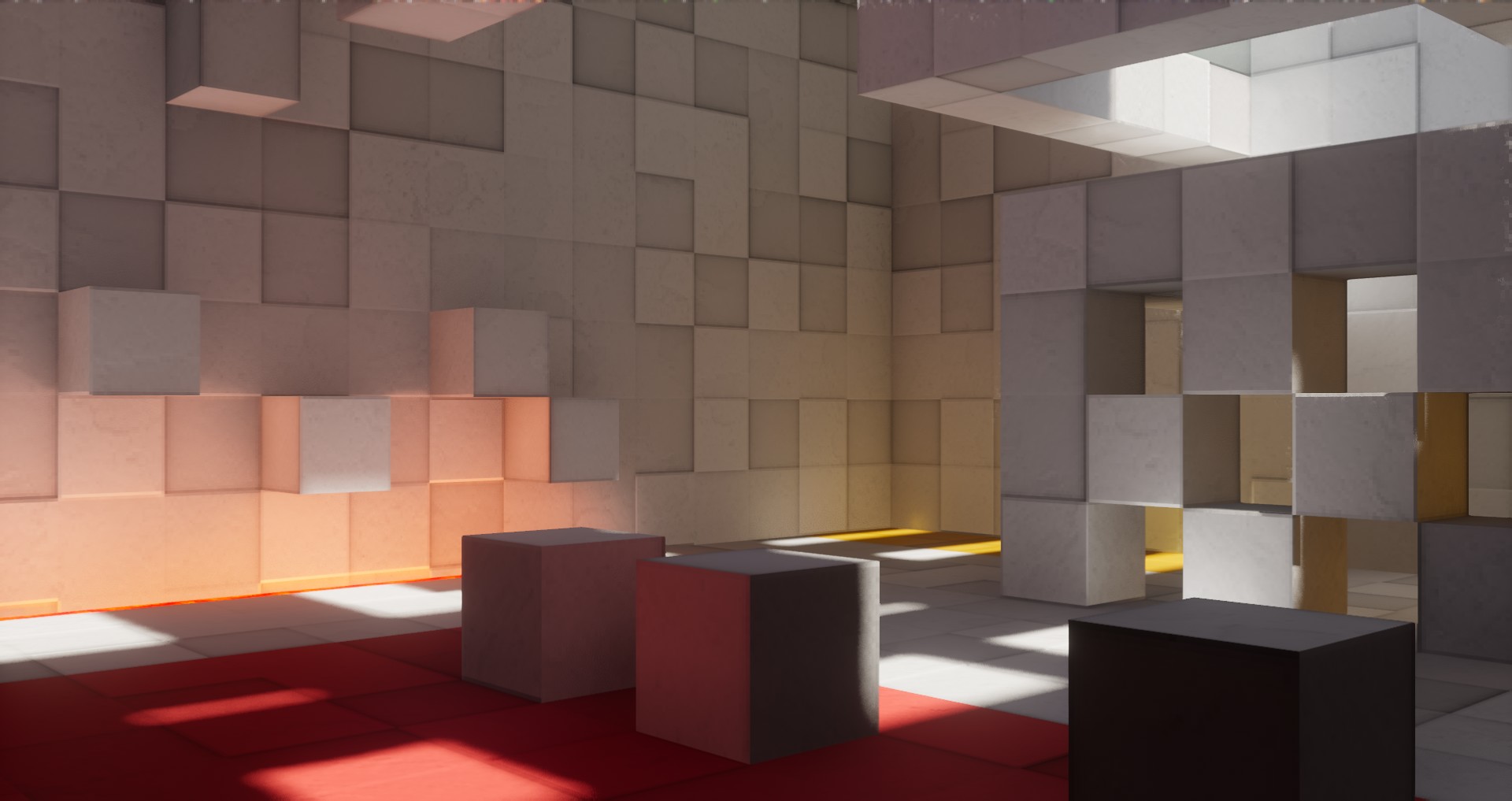 Nostalgia Shader v4.0a also brought you a small set of quality of life improvements, like the optional lightleak workaround for example. I am actually still more or less out of ideas on what to do now on this project, other than maintainance and keeping up with other technical improvements I come up with. This is pretty much because I feel like the visuals are just pinned down perfectly by now, as everything generally feels consistent and coherent, so if you have any ideas how to refine bits and pieces of it, feel free to let me know on my discord server :)

Though I came across some interesting ideas to make the visuals in The End more exciting, so stay tuned for that whenever I get around to it. 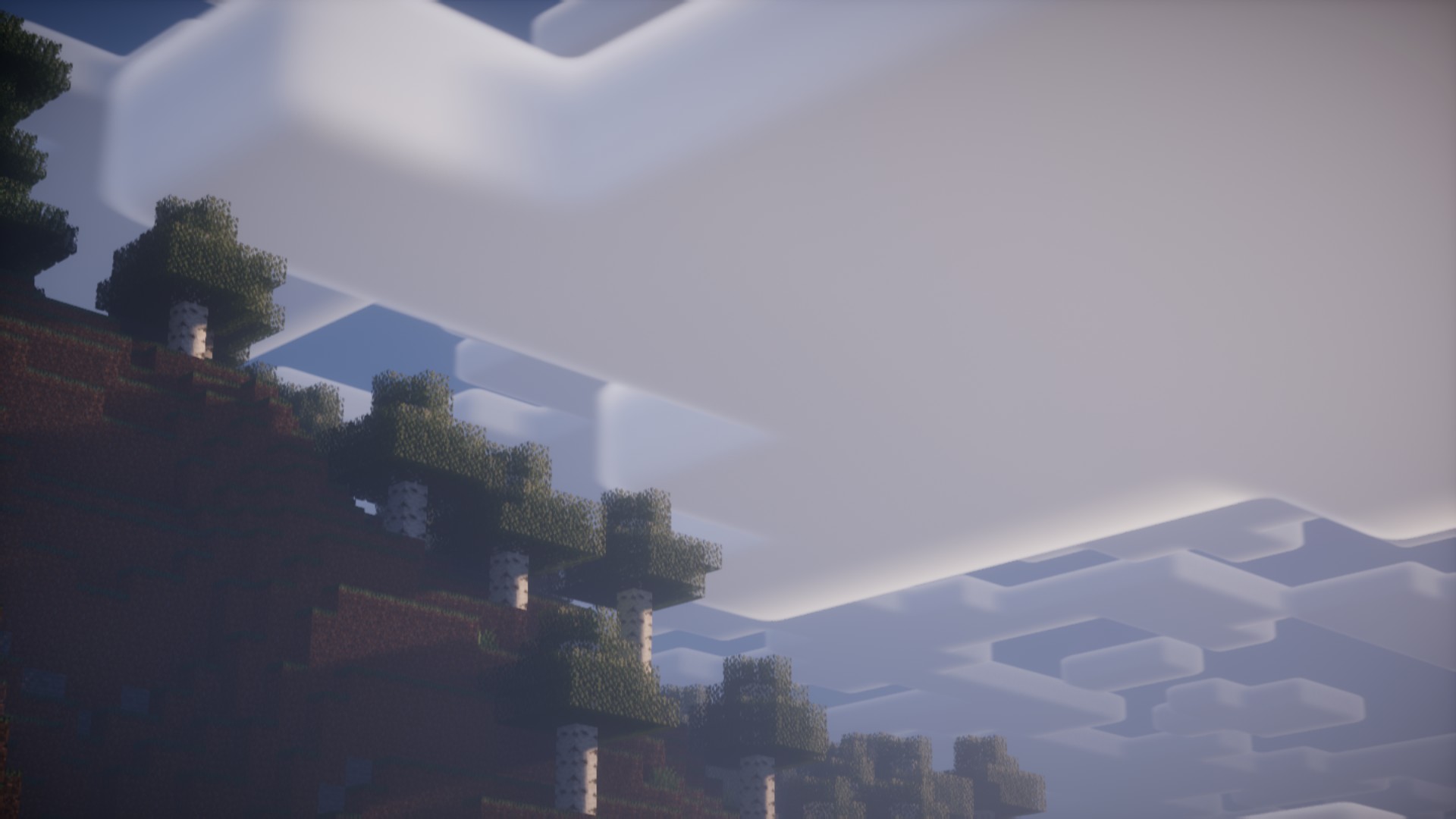 The dreadful issue with the broken accumulation on indirect light is finally gone, now that I am able to test things with an nVidia GPU myself. My next goal would be to finish up the dimension support as well as trying to find some solutions to improve the overall performance. Other than these things I feel like I am in a similar situation like with Nostalgia Shader, so I will mostly focus on technical improvements behind the scenes now to iron out the various quirks the pack still has at times. This should still lead to an overall increase in quality, which I am sure you folks will appreciate. 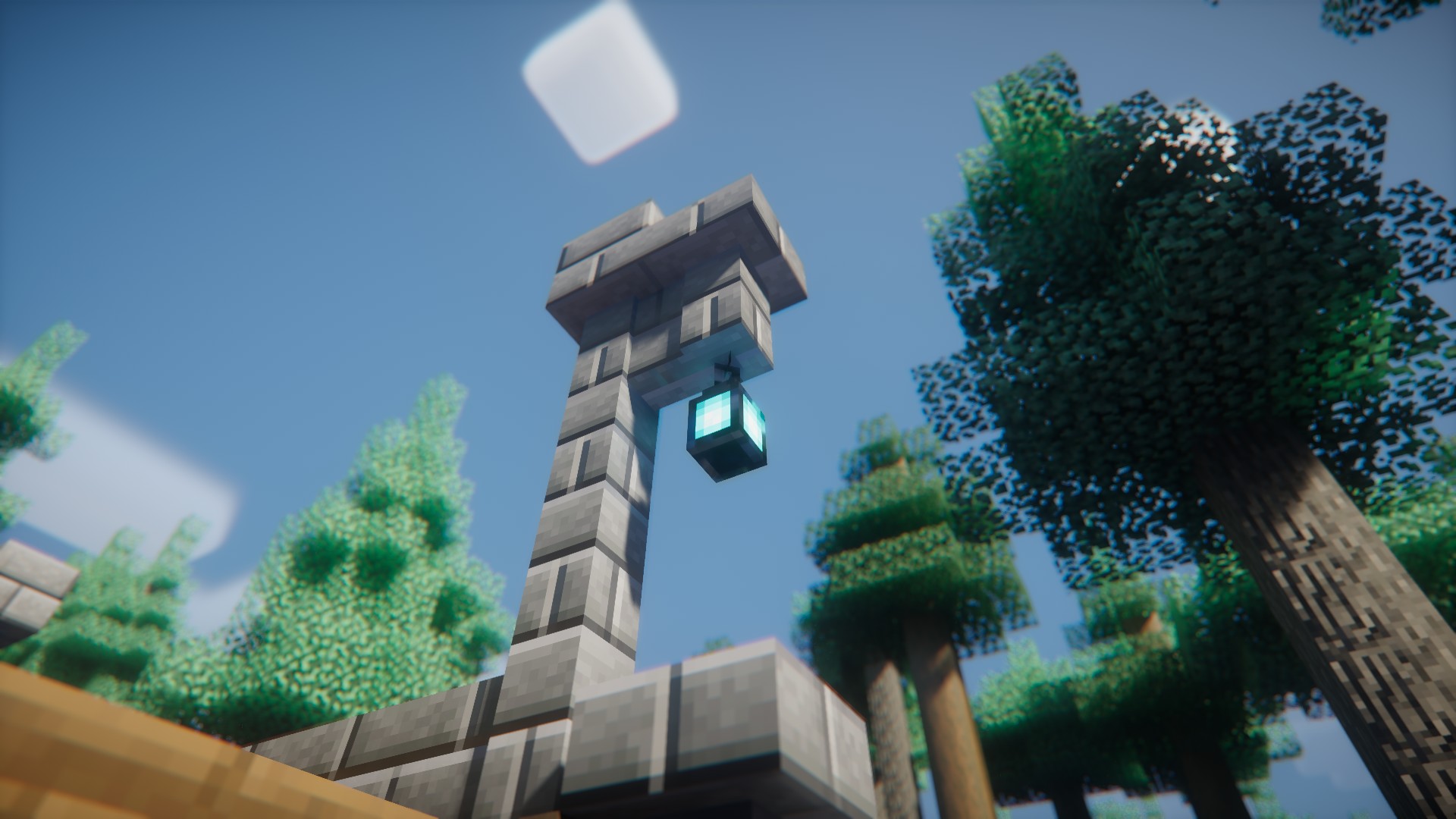 This is the new project I have been teasing for the last few months. I’ve actually pulled its launch ahead, as I wanted to get some feedback as early as possible while things are still in motion regarding its internals. This especially applies to the temporal upscaling solution (TAAU), since that it more or less uncharted territory for me, so it needs a lot of time and work to get right.

You can find the full announcement post for it here. 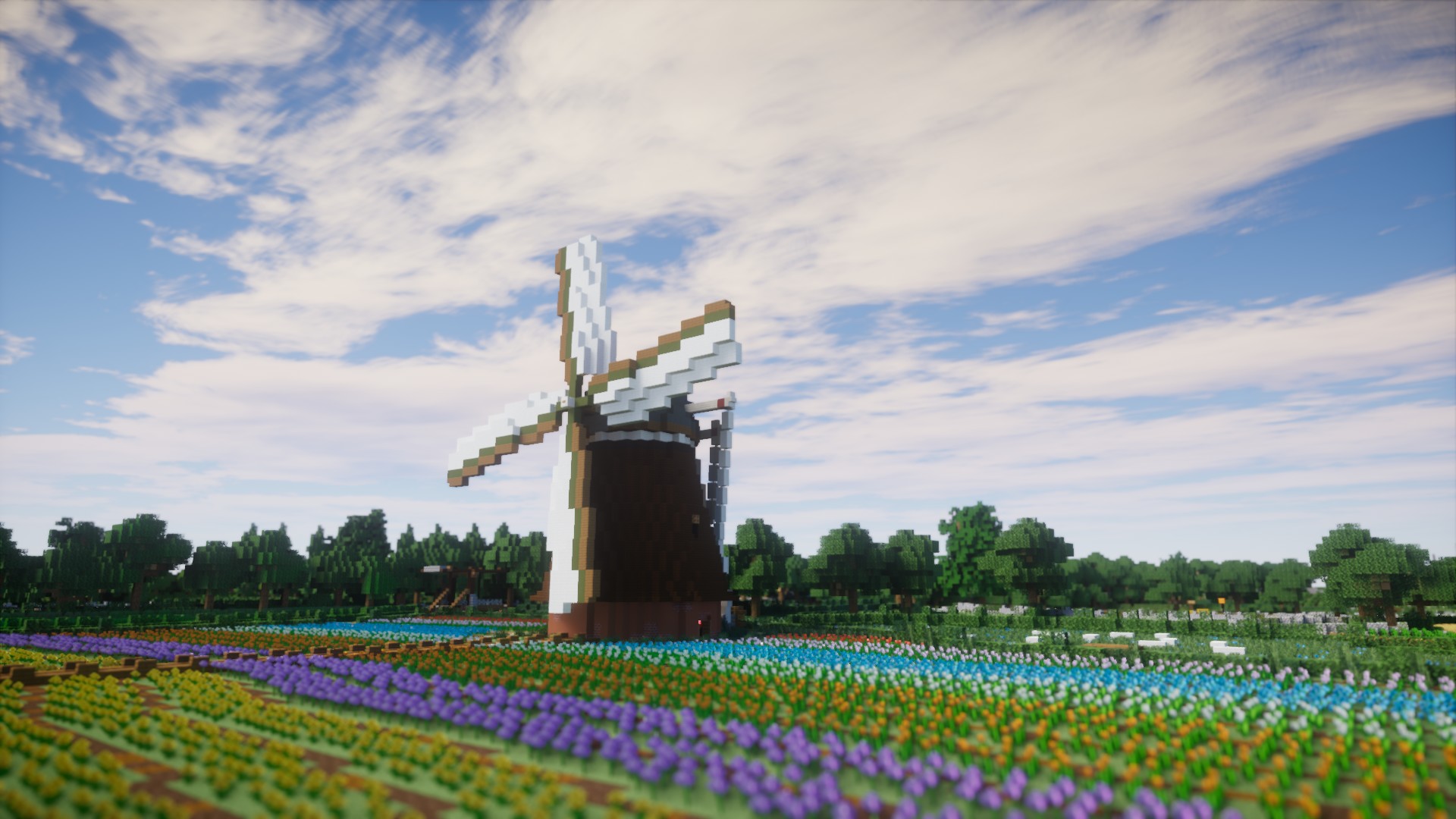 This is also a project that feels like it is in a pretty solid spot for now, which is why there also aren’t many updates for it lately. I still intend to give it a mild rework at some point though in order to potentially give it a small but nice performance uplift, although a part of me would also like to wait with that until I can move away from OptiFine, as such improvements could be much easier to handle by then. 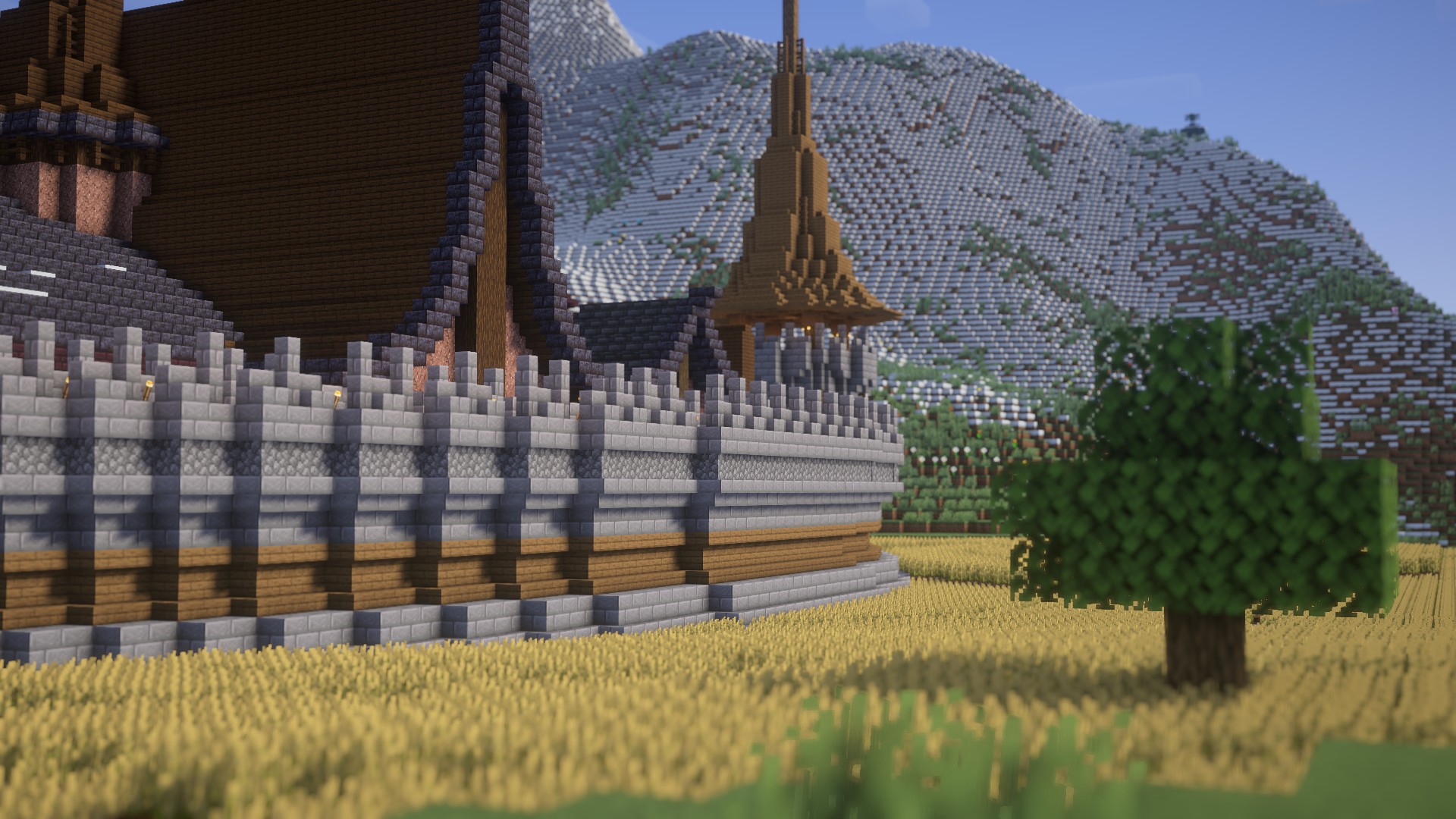 Other stuff and closing words

As you can see I have used a bunch of screenshots from my Discord Server this time, because there are many folks who make awesome screenshots, so I thought I might use those instead of recycling the dozen photo-motives I use to showcase stuff every now and then :p

Also once again (obviously) a big shoutout to my patrons, who still just keep going with the awesome support. As I’ve said many times already, I am very grateful for this and hope I can bring you even more exciting updates in the next few months.

Thats pretty much it for this time, hope you’ll enjoy the updates and fancy new things :)